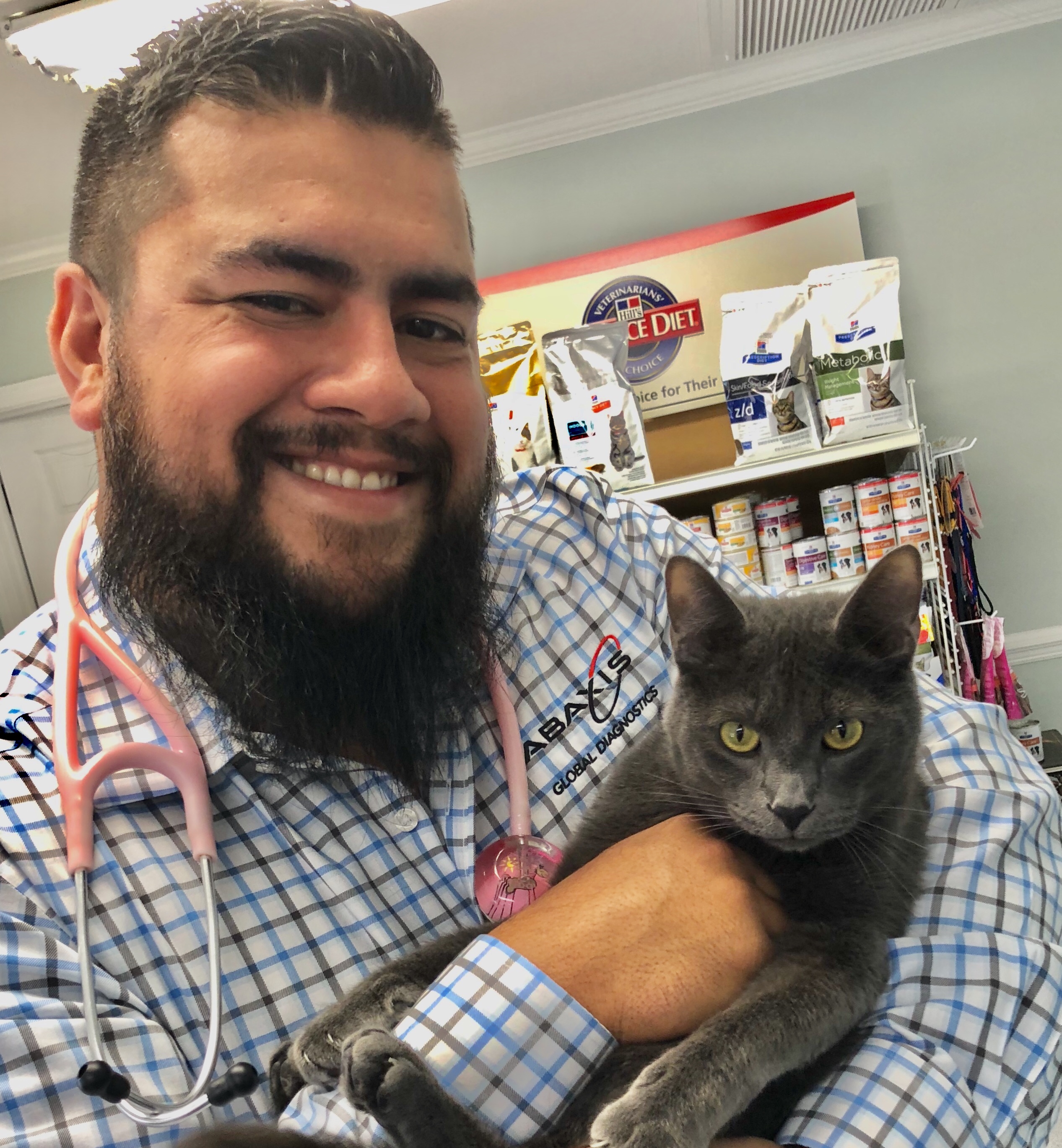 Dr. Hernandez was born in Killeen, TX but grew up in New Brockton, AL. He completed his undergraduate studies at Troy University. He then attended Auburn University College of Veterinary Medicine from 2007-2011 and is an alumnus brother of the Theta Chapter of Alpha Psi veterinary fraternity. After graduation, Dr. Hernandez entered a mixed animal practice in Vernon, AL (85% small animal/15% large animal) from June of 2011 through June of 2015. While in Vernon, Dr. Hernandez was also on the board of the Lamar County Cattlemen’s Association. In his first year of practice he became co-owner/partner and the sole practitioner of the clinic.

Dr. Hernandez is married to his beautiful wife, a Mary Kay Sales Director, Stephany, and together they have a son, Lexton, four dogs: Maggie, Toby, Frank, and Hitmonchan. Dr. Hernandez also keeps two tarantulas, Josephina, a Mexican Red Knee Tarantula, and Dos, a Mexican Red Rump Tarantula on his desk in his office! Doc has recently developed an affinity for Royal Pythons, also known as Ball Pythons. He has two that reside safely in his office.

They would all like to welcome you to the TCVH family! 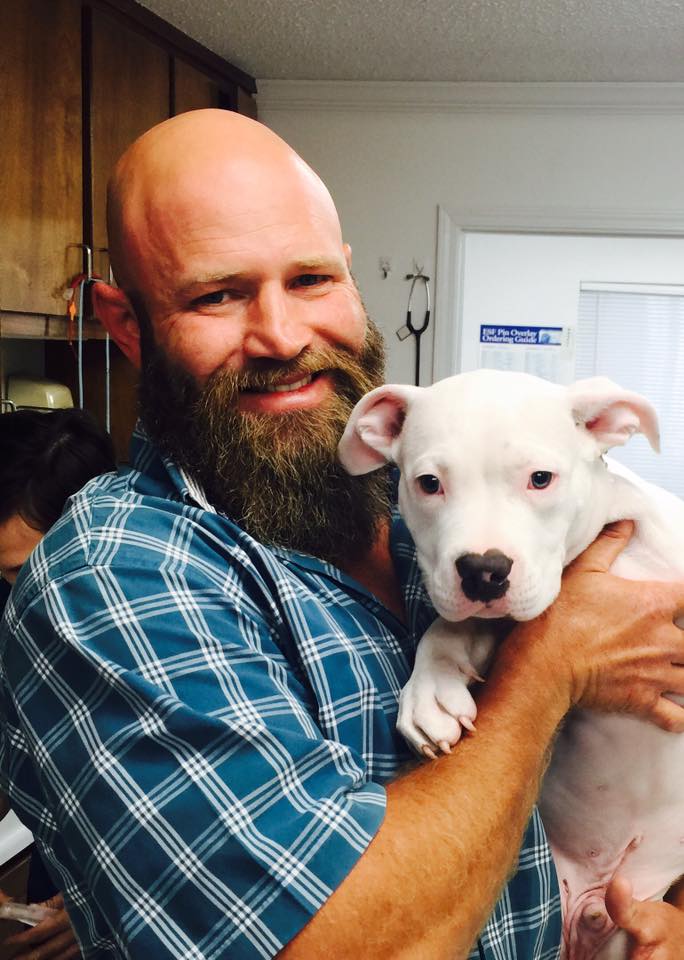 Dr. Dees grew up in Mobile, AL and completed his undergraduate studies at Troy University, where he played for the Trojans from 1996-1999. During that time he was a four-year NCAA Academic All American. He then continued his studies at Auburn University College of Veterinary Medicine from 2000-2005 and is an alumnus brother of the Theta Chapter of Alpha Psi veterinary fraternity. After graduation, Dr. Dees performed small animal surgery for multiple veterinary clinics throughout the southeast from 2006-2013.

He is also a 2009 graduate from the Academy of Equine Dentistry, with international certification. While in veterinary college, Dr. Dees was a member of the 2001 USA Rugby National Championship team for Mobile Battleship Rugby Club. For the past four years, 2011-2014, he has been selected for the USA Classic Eagles rugby team and played in the Classic World Cup in Bermuda.

Angela has been an associate of Tillman’s Corner Veterinary Hospital since 2005 where she started as a part-time kennel worker and veterinary assistant. Angela is married with three children. She enjoys Sunday dinners with her family and spending time with her many rescues, most of whom, over the years, came through the clinic doors. She has a bearded dragon named Bubba and a recent addition, a special needs Bearded Dragon named Rhaegal!

Randi is the newest addition to the TCVH family! She initially came aboard to fill our receptionist position, but expressed a desire to be more hands on with the animals. She now has changed positions and is in charge of our kennels. She just loves to love on your fur babies! You can rest assured whether your pets are boarding, hospitalized, or getting a spa day they will be receiving top notch care!!

Victoria has been working at Tillman’s Corner Veterinary Hospital for over three years! She recently graduated from the University of South Alabama! Victoria has grown up with dogs of all shapes and sizes! She has two dogs: Merida and Paizo, two cats: Mage and Ari and a bearded dragon (Arya). Victoria loves all animals, and looks forward to meeting new fur babies every day!

Michaela has been at TCVH for just over a year. She graduated from Faulkner State Community College studying Veterinary Technology. She will be taking her VTNE soon and be our first licensed Veterinary Technician! She has four dogs: Fancy, Sheila, Jax, and Greta . Michaela has previously worked at the Mobile County Animal Shelter and often volunteers and fosters for various rescue groups. She hopes to one day own and run her own pet rescue.

Payton has worked at TCVH for over a year. She is currently enrolled in the Veterinary Technician Program at Penn Foster College. She has been married to her husband, Michael for 7 years. They currently have four dogs, two cats, two turtles, one Kenyan Sand boa, various fish, and recent additions Lunch and Brunch the Dumbo rats! (She may or may not have saved these from Dr. Hernandez’s snakes)  She has been a member of a Mobile Mystic Society since 2013. She can throw a mean curve ball with a moon pie!

For after hours and weekend emergencies we maintain a practice agreement with MedVet Medical & Cancer Centers for pets. Although we are closed on weekends we do maintain the ability to schedule boarding drop-offs and pick-ups throughout the weekends and holidays.

*Please do not use our email service for emergencies as this may result in unnecessary delays in the care of your pet.